Bay of Plenty Gain Promotion to the Premiership

The Bay of Plenty Steamers are headed to the Premiership in 2020 after out-lasting Hawke’s Bay 12-7 in a grueling Championship final in Rotorua.

The last time the teams met there were 12 tries scored as Bay of Plenty surged to a 51-24 victory. It became clear quickly in Rotorua there would be no repeat of that score line as both teams looked to keep the ball in tight and kick for possession rather than unleash their dangerous backlines.

It was traditional finals footy in front of a bumper crowd at Rotorua International Stadium. The first and only try of the game was not scored until the 57th minute, and even then, it was an intercept by Hawke’s Bay wing Jonah Lowe.

While the Steamers run to the final was built on their expansive back play, the final victory was all about grunt work up front and a tremendous defensive effort across the park.

It didn’t seem to matter a dot to the crowd how the win came for the Steamers. A large crowd stayed to celebrate Bay of Plenty’s first Championship title for long after the final whistle. The win also marked the Steamers first national title since winning the second division in 2000.

Bay of Plenty exerted plenty of pressure on Hawke’s Bay at set piece and ruck time and benefited with four Dan Hollinshead penalties to take a 12-0 lead after 48 minutes.

The game was in the balance in the final five minutes as the Magpies banged on the Steamers line, but there was no way through as Clayton McMillan’s side would not yield.

Bay of Plenty will ply their trade in the Premiership in 2020 while Counties Manukau will drop down to take their place in the Championship.

FT | It's party time in Rotorua as @BOPRugby win the Championship and gain promotion to the Premiership for 2020.#BOPvBAY 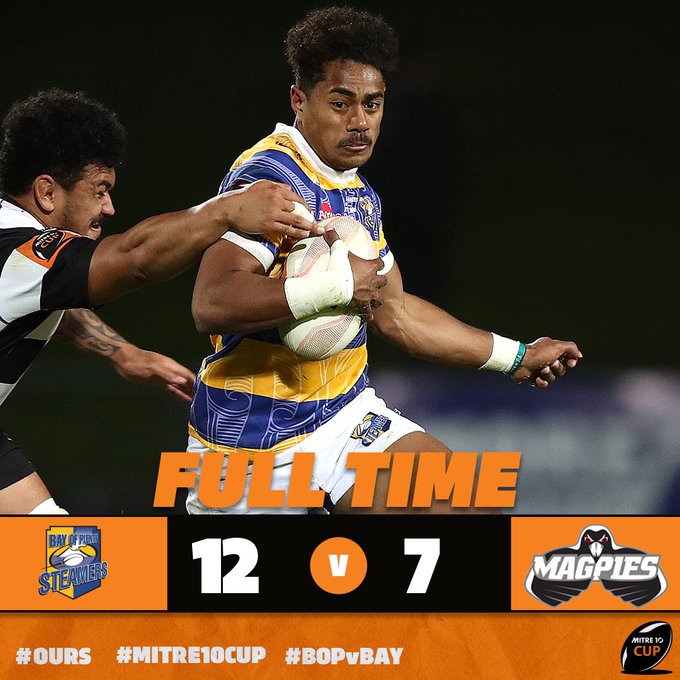