Canterbury and Waikato retained their unblemished records in the Premiership with tough victories over Bay of Plenty and Counties Manukau respectively. Otago leads the Championship with their third resounding victory while Tasman enjoyed a record win and Hawke’s Bay impressed for the second week in a row.

Canterbury was forced to rally from 21-10 down at halftime to topple Counties on the road.

The Counties Manukau forwards made an excellent start winning the collisions and forcing the visitors into uncharacteristic errors. Loose forwards Stacey Brown and Joanna Fanene-Lolo were damaging for the Heat. Tubic was flawless from the tee in her 50th match for the Heat.

Black Ferns wing Ruby Tui was full of expression and she earned her side a penalty try when she broke down the short side and chipped ahead only for Canterbury defender Stacey Niao to deliberately batter the ball dead.

The cross kick was an effective weapon for both teams. Tui collected a Hazel Tubic jab just before halftime and Canterbury openside Lucy Jenkins profiting from the vision of Terauoriwa Gapper.

A try to Grace Steinmetz put Canterbury in front but Counties bounced back with a strike to the lively Langi Veainu.

Martha Mataele has had an excellent season on the wing for Canterbury. Her try in the 61st minute signalled a shift all in Canterbury' favour. Rosie Kelly scored the winner when she latched onto a dribbling pass on the right wing.

Though Manawatū scored early and tackled with heart, winning some breakdown turnovers, Auckland was able to dictate terms because of a vastly superior set-piece.

Auckland scored three tries in each half. Rhiarna Ferris battled gamely for Manawatū and openside Elinor Plum-King is a promising prospect in her first year out of MANUKURA.

A settled Waikato side outlasted Bay of Plenty who made a handful of changes, including a shift by Black Ferns hooker Natalie Delamere to the back row.

Bay of Plenty struck first but Waikato's response was a beauty. Cheyelle Robins-Reti blasted through the defence to set Renee Holmes free on her outside in a move that started near halfway.

Tanya Kalounivale is in great form this season, and alongside new Black Ferns selection Awhina Tangen-Wainohu, are possibly the most destructive props in the competition at the moment. 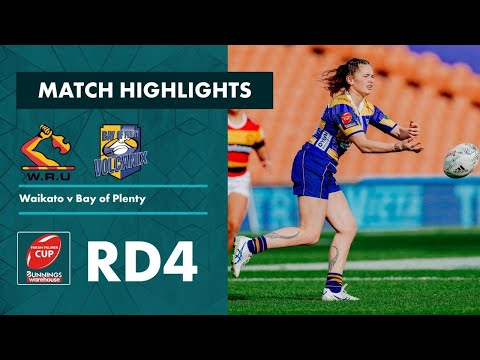 In the first half, the visiting Tui were anchored inside their own territory due to a lack of discipline and strong scrums and lineouts from Northland.

After the break, Hawke’s Bay controlled territory with Emma Jensen and Krysten Cottrell to the fore. Amelia Pasikala had a strong game and cracked the defence initially in the second spell.

Hawke's Bay were level in the 56th minute with a Cottrell penalty and then they took the lead when Jessica Bennett crashed over to make it 22-17. Tui No 8 Kathleen Brown had a storming match. 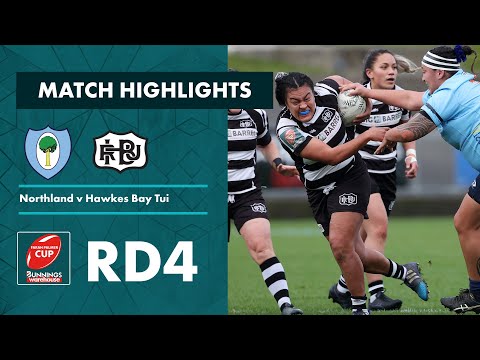 Otago's arrival in New Plymouth was delayed by inclement weather and that might explain their slow start, conceding two tries in the first quarter. That being said the Taranaki backs and forwards linked superbly in fast, skilful moments illustrating their growing improvement.

Once Otago established a clear ascendancy up front though, the hosts were held scoreless for the last 37 minutes. 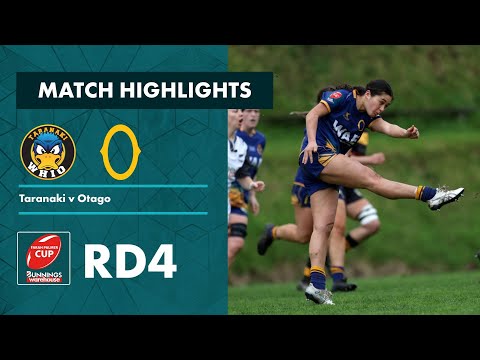 Tasman impressed with their ability to keep the ball alive, stretch the visitors, and earn a record win over North Harbour.

Tasman made a thrilling start with two tries in the opening ten minutes. Sui Pauaraisa was a powerful presence all game and set the tone after two minutes. Hooker Precious Auimatagi had a hand in both opening blows and thrived.

Pauaraisa secured a second before halftime with a bold dummy and Tasman was ahead 25-5. Ona Palu scored on her Tasman debut, knocking over the last defender with disdain.

Tasman first-five Cassie Siataga is having a fine season and Tahila Brody adds real steel in the back row.